There have been significant changes in the field of architecture in the 2000’s.

As factors other than construction started to play a role in practice, the efficiency and self-discipline of the architect increased in value. While this has not upended the profession, we are on the cusp of a transformation that is affecting business practices in sectors across the board. Artificial intelligence (AI) will affect architecture with respect to its self-assessment as a discipline as well as with respect to the processes of its manufacture. Design processes, the manufacture and production of materials and structures, and the value placed on efficiency on site will bring about new, distinct, critical challenges in architecture.

Design software tools are ubiquitous today, but many decisions are still determined intuitively. It’s all about inputs. When inputs are insufficient and gray areas appear, outcomes are not as solid, so it remains important to identify indisputable truths. Although architects are still the ultimate decision-makers, artificial intelligence provides them with improved results in terms of accuracy, validity, and efficiency.

AI will bring out the gray areas in the official institutions, governance and approval mechanisms. Artificial Intelligence and robotic production will free up more time for thinking and planning. As more and more of the work will be done without human intervention, people will focus elsewhere. The hypothesis that machines and artificial intelligence will take over the world and surpass humanity is the foundation of science fiction. But I believe we have a margin of safety. When that time comes, we ourselves will already be on a different level in terms of our focus and thinking.

Human settlements and buildings are estimated to have begun around 12 thousand years ago, even though Homo Sapiens have existed for some 70 thousand years. Only in the last fifth of human history did the process of thinking about and with architecture began, and it is in this period we can trace the first steps of civilization.

Architecture has always been a measure of development. But human beings have a problem: they build and then they destroy what they have built. Why?

Architecture is about building, not destruction. The job of the profession is to keep buildings upright. Doctors have a similar objective. For lawyers, outcomes may be positive or negative, but the ideal is a favorable arrangement for all parties. When it comes to artificial intelligence, our legal systems cannot keep pace with rapid developments. Indeed, one of the most significant obstacles in digital industries is that laws are perpetually inadequate, out-of-date, and vague.

The next big advantage of artificial intelligence for architecture is that in addition to mass production, on-site manufacturing is becoming possible without the need for third party contractors. Imagine large-scale versions of the 3D printers we use in our offices today: they can work 24 hours a day in the dark because they do not need to see what they are doing. They produce cleaner builds faster, using less energy. The capabilities of these systems of construction will oblige architects to produce optimal, efficient architectural designs that will result in less waste and require less excavation.

It is too early to speculate how artificial intelligence will take on comprehensive, open-ended forms of work that require imagination, such as architecture. If artificial intelligence does take over the architect’s task and a period of architecture without an architect starts again, then we will be free to work on more important things. After all, this is a possibility for every occupation, and nothing to be feared of. Humans make mistakes and these mistakes can be destructive. They make these mistakes over and over. Which is to say, there are always other issues that we can address – other gainful ways we can spend our time on.

Let us consider borders. When the United States was founded nearly 300 years ago, the unification of the colonies was a system that could have been an inspiration for the world. With the European Union or other unities, boundaries that separate us could have disappeared. They have not covered all the countries on earth on a wider area yet.

Currently, the most significant problems in the world economy are; conflicts between countries, differences between our currencies, customs disagreements, arbitrary visas, embargos… Economic sanctions on countries due to the disagreement of political authorities are a waste of time. Instead of peace, bureaucrats, soldiers, politicians choose to fight wars. Even within countries, there are civil wars among people who share the same culture and the language. We have still not developed as a civilization. The humanists are still considered naïve and sometimes looked down on.

Views from the game Townscaper, evolvement of the town using the discrete aggregation method. 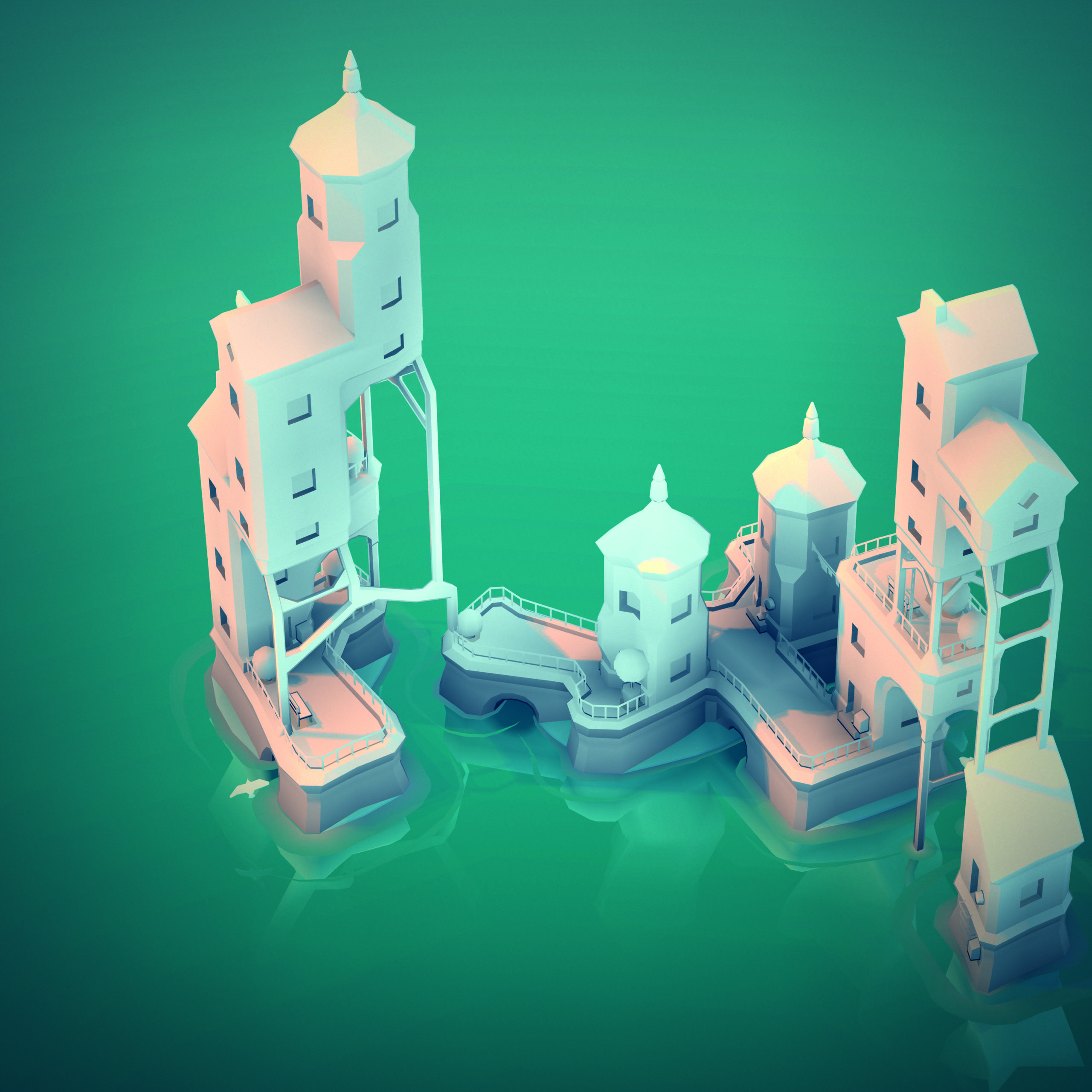 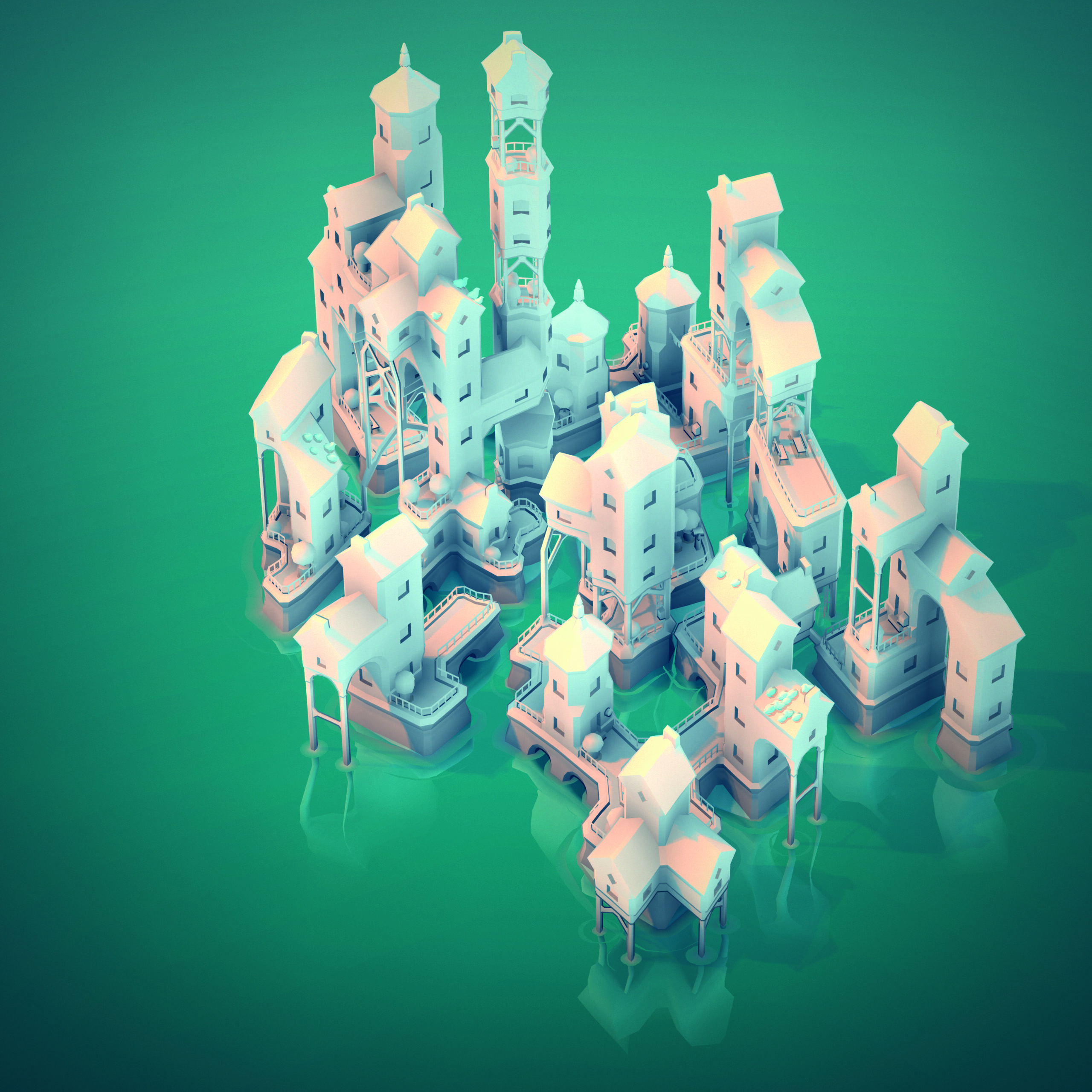 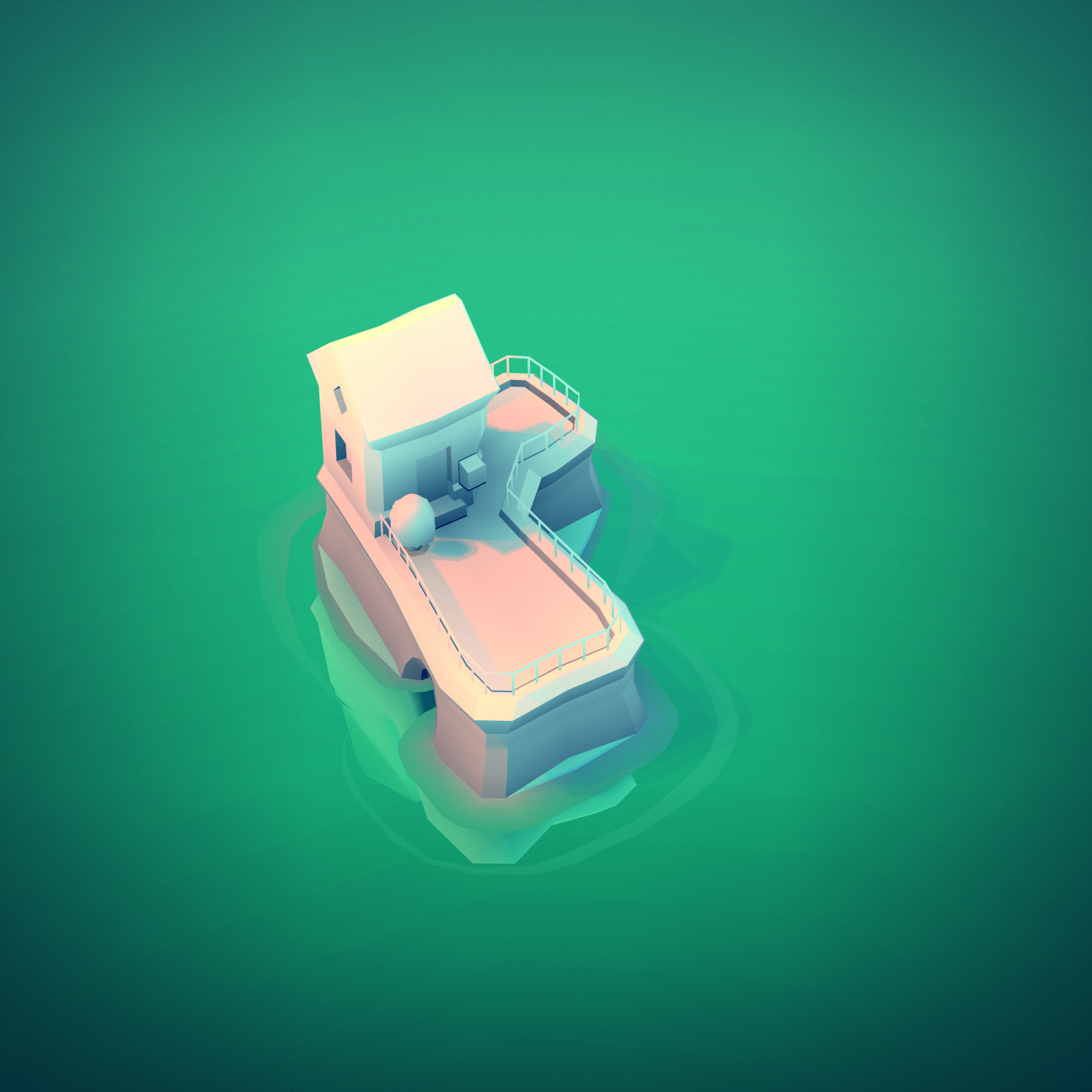