Settle(ing) Through the Lenses of Nature

Ecology: Calque of German Ökologie (coined by Ernst Haeckel), from Ancient Greek οἶκος (oîkos, “house”) + -λογία (-logía, “study of”). By surface analysis, eco- +‎ -logy. The study of the relationships between living organisms, including humans, and their physical environment.

Verticalism: Designing in terms of proportion, links, and exchange; associating vertical and horizontal, interior and exterior, proposing a topological tension inverting the logics of traditional and even original skyscraper knowledge, the term underlined by Abalos+Sentkiewicz

Thermodynamic materialism: It is the optimal form of expression ideally constituted as an assembly of natural & artificial, visible & invisible materials combined in a performative system of maximum compatibility and, therefore, minimum complexity, the term stated by Abalos+Sentkiewicz

Socio-ecological; Consists of a biogeophysical unit and its associated actors which are complex, adaptive, and delimited by spatial or functional boundaries surrounding particular ecosystems and their context problems

Essays on Thermodynamics: Architecture and Beauty

Cities are gradually becoming more complex entities, forcing designers, architects, urban planners, decision-makers, or investors to tackle more forceful challenges than ever. The number of urban populations has been booming minute by minute, which makes the Earth more human-dominated than ever.1

That phenomenon of urbanization characterizes cities as complex socio-ecological systems with a focus on the human population, production, and consumption patterns, including the generation of waste in terms of space and use. Hence, this process of urbanization defines modern societies, and cultures, affects well-being and in several ways generates environmental and ecological change.2,3

As Mastenbroek states in his broadscale book “dig it”; “at times, human beings considered themselves apart from nature with classical antiquity, Enlightenment and modernism by drifting away and defining their systems, order, and hierarchy. However, at other times, we looked for connection, clinging to nature for ritual and religion, relying on topography for fortified protection, and nowadays for measuring ecological balance”.4 (See: Frank Lloyd Wright, Fallingwater, Pennsylvania, USA)

Traditionally, humans construct their immediate surroundings by incorporating individual, man-made structures into the greater natural settings. They accept or assume that the natural setting is the only feasible starting point, and they go out on their own to make the most of it. When the offered base is no longer the original environment but an aggregate of the man-made, made up of all the previous individual, granular enterprises that came before it, the approach remains unchanged.5

However, the ways we settle, the areas we live and their functions are changing, so there is an urgent need to make optimal use of the space already available in the built environment. Indeed, cities are confronted with limited urban spaces and ensure sustainable and resilient urban development. In this sense, Verticalism has begun to seem like a solution becoming a key strategic notion for sustainable and resilient urban development combining a potential, functional, ecological, cultural, and aesthetic role in the urban landscape.

On the other hand, as Abalos speaks of Verticalism, it means maximizing and polarizing the differences, exploring the strengths of caves and infrastructure as well as those of height and celestial dome, not equivalent to very high or slender.6

Hence, it means that we should internalize the vertical as the wisdom of the past to use space efficiently, not as a dogma. It is designing vertical and horizontal, interior and exterior, proposing a topological tension, establishing a connection between energy and earth, ecology and architecture.7

The building should benefit from nature and learn in detail from it. It should mimic and parody natural features and systems, terracing, branching, and growing. Now, architecture and ecology have begun to merge to propose more nature-based interfaces for sustainable upgrading. (See Foster & Partners, Masdar City Project, Abu Dhabi, UAE; ARUP, Dongton Eco-City, Shanghai, China; Cosanti Foundation, Arcosanti, Arizona, USA; GAD, Cappadocia Spa Hotel, Cappadocia, Turkey) This dichotomy blending architecture with ecology is significantly mentioned in Paolo Solari’s arcology concept. This fusion aims to present a comprehensive urban perspective based on the idea that; “in nature, as organisms evolve, they increase in complexity and become a more compact system. A city and built environment should similarly evolve, functioning as a system”.8

Embracing the notion of architecture and ecology as one integrated process enables us to demonstrate positive responses to the chaotic, complex, and unresolvable problems of today’s cities as mentioned above such as population growth, pollution, and energy/natural resource depletion, food scarcity, and quality of life. To support the diverse activities that preserve human culture and environmental balance, Arcology recognizes the need for a fundamental redesign of the spreading urban landscape into dense, integrated, three-dimensional cities where ecology is the main driver to rebalance the ecosystem services. As highlighted in Mastenbroek’s book dig it, the perspective of buildings bound to the ground has paved the way for reconstructing the landscape.9

As an interdisciplinary approach and concept, Arcology allows for further and deeper insights into intricate global and urban challenges.10

Claude Lévi-Strauss, underlined in Abalos’s book, touches on the manifest that the city gets positioned at the point where nature and artifice meet to provoke biological procreation, organic evolution, aesthetic creation, and ecological upgrading. Abalos also scrutinizes this phenomenology by integrating Verticalism and thermodynamic materialism into the architectural and ecological perspective as a novel touch.11

Therefore, we believe; interdisciplinary ideas, characteristics, knowledge, and their synthesis can provide a basis for a more ecological future by pointing at the possible pathways of transformation through an analysis of global level challenges such as climate change, biodiversity loss, and land use. To conclude, the intricated articulation of architecture and ecology which already existed times before should be revisited in search of solutions to unqualified structures, unhabitable architectural spaces, pollution of air, water & soil contamination, deforestation, erosion, and desertification that become in the global change perspective interacting in manifold ways. 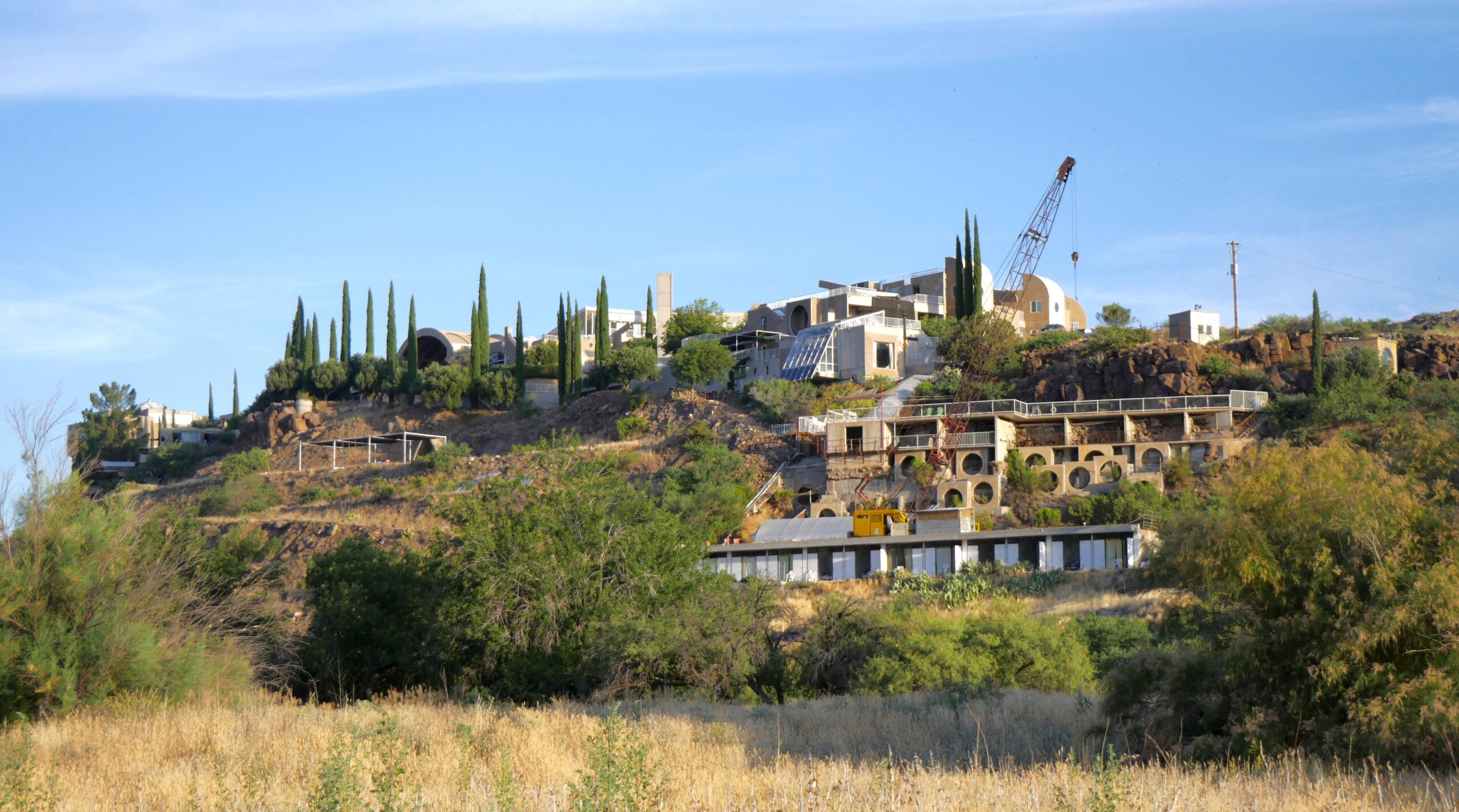 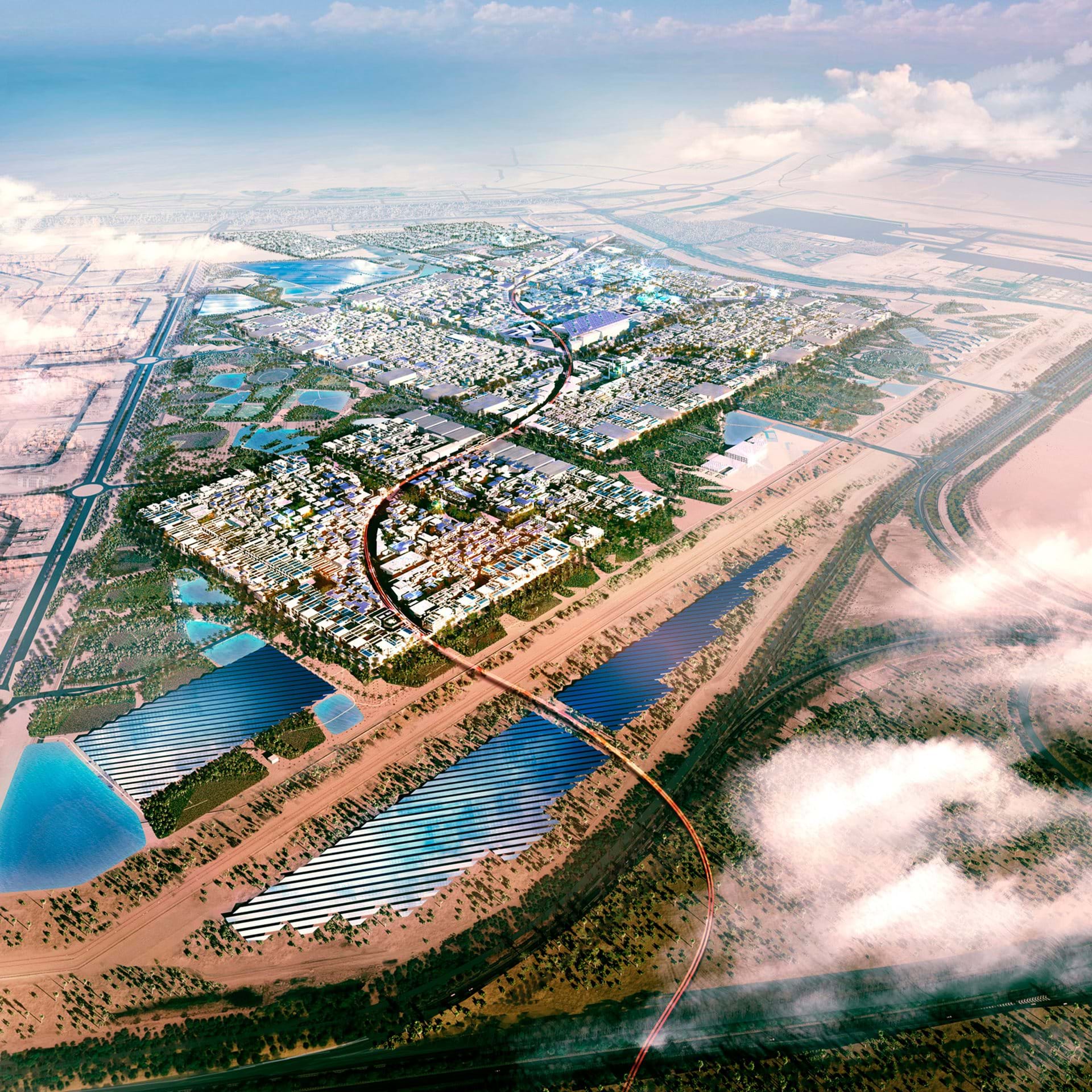